By Shriya Iyer and Aliyah Jafri

On Wednesday 9th March, our group of twelve girls met up in the PE block, ready for the Girls’ Football Festival. We were given Herschel football t-shirts and after lots of fun fussing over who got which number on the back of their shirt, we were in the minibus! When we got to Arbour Park Football Stadium, home to Slough Town FC, there were already many schools there. Turns out, we didn’t have to worry about our shirts since everyone got white Football Festival shirts to keep! JJ, the first Muslim female football official, gave us an inspirational speech about her journey to becoming a qualified football referee. After the speech, each school was paired up; we were with Grove Academy for the day. First, we worked on our reaction times and teamwork, before trying to aim a football towards another ball to knock it off its cone. It’s harder than it sounds, but it was really fun! 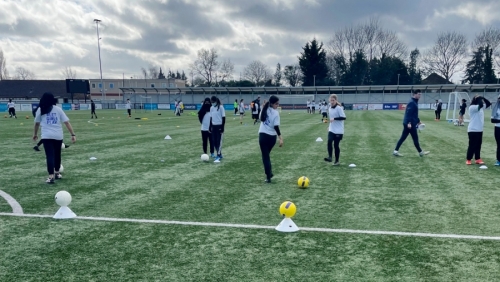 The second activity was to practise shooting. We played a version of stuck in the mud where we had to pass a football through a stuck person’s legs to free them and learnt lots of the Grove students’ names when we were playing. Then, we took turns trying to shoot the ball into a goal while a defender tried to block it and gain possession of the ball.

After our ten-minute break, we played a game called ‘foxes and farmers’. The ‘foxes’ had to wear bibs as if they were tails and the farmers’ job was to pull them out. Then we had to pair up so we could play ‘Queen of the Ring’. We had to block our partner from getting control of the ball and push them out of our allocated squares without injuring them or using our hands. This game taught us that football is a contact sport, so you are allowed to block and tackle. We took all the skills we learnt into the final game where we at last played a match! Overall, the day was very exciting – so thank you to Mrs Barton for giving us the opportunity to come to the Football Festival! 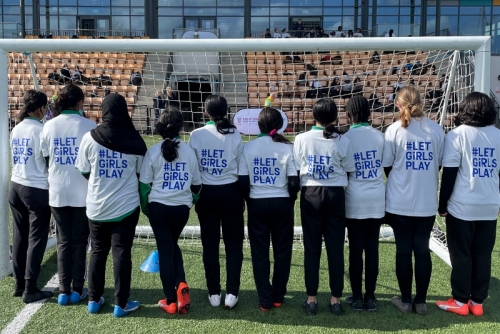 After lunch, we had two indoor workshops. The first one was about a charity called ‘Sport in Mind.' In this workshop we were focusing on the mental benefits of sport and how it can play a key role in not only improving physical health, but also mental health. We did a few activities and games based on focus and concentration and had a great time meeting new people! Next, we moved on to another indoor workshop where we worked with a charity called ‘Aik Saath’. First, we worked on a team building activity, requiring precision and teamwork. We had to balance twelve nails on one and figure out the best way in which this would work. After this, we talked about the diverse communities and faiths in Slough itself and looked at everyone’s different backgrounds to show just how different and unique everyone is in their own way. Finally, we all made a pledge. For example, I pledged to respect everyone’s belief and to always be kind to everyone, no matter their background. Overall, this was an amazing experience to have and was great to meet new people, learn different skills and just have a great time! 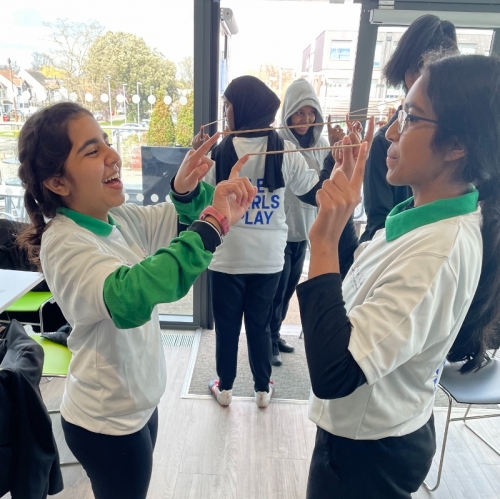